As a motor trader, a mechanic, or even a body shop sometimes things don’t quite go as expected, the vehicle that comes in for repair can go wrong following the service or repair that you have carried out.  Defective workmanship insurance for motor traders or service indemnity insurance as its often referred to is an essential cover that you cannot do without.

Most motor traders understand the consequences of something going wrong, the potential additional expenses, and sometimes the additional mechanical damage to an engine that can occur, we all know what happens when a cambelt lets go or a tensioner isn’t fitted correctly.

What does defective workmanship insurance cover?

So how does the cover work, this can be quite complex and there are many scenarios. Let’s take an example, we will use the cam belt tensioner as most can relate to this…

The vehicle is in for a service, whilst doing the cam belt it’s obvious the tensioner needs replacing, new belt and tensioner fitted, the customer collects the vehicle, 100m down the road and engine cuts out. When you were fitting the tensioner the phone rang, you had finder tightened the tensioner and someone else had finished the job.

The resultant damage of course is serious damage to the engine and borderline whether a new engine is required.

What is covered and what is not? Defective Workmanship Insurance works just the same as any liability insurance, it covers the resultant damage only, in this instance therefore whilst the engine might need to be replaced it would not cover what the original job was for, the belt and tensioner, quite an insignificant amount in the grand scale of things.

Talk to a member of our specialist insurance broking team today

Whilst a defective workmanship policy will cover exactly that, as standard it won’t cover other things like rectification although this can sometimes be bought into the policy depending on your insurer.

Damage to vehicles being worked upon

Sometimes an insurer may not specifically state that the policy covers the damage whilst work is being carried out on the vehicle. Insurers have different terminology, defective workmanship cover can also be referred to as damage to vehicles being worked upon.

How much cover should I have?

With Liability insurance policies you can choose your limit of indemnity, the limit of indemnity means the maximum amount your insurer would pay in the event of a claim, as an example for loss, damage, or injury to a third party such as a member of the public. Whilst usually, £1m would be the minimum there are options such as £2m and £5m. It would be wise to take the highest limit that you can afford but speak to a motor trade broker for the best advice, or give us a call – 0330 058 0260

The scenarios are endless, but let’s look at a few others.

Whilst working on vehicle wiring connecting a new console you accidentally cause a fire which damages the dashboard, what would be covered is the resultant damage only, that would be the dashboard, any associated wiring but not the console that you had fitted.

The vehicle was with you to have a new wing, suspension, and brakes to the front of the car. All were fitted and taken away by the customer, on the way home the customer has alleged that the vehicle wouldn’t stop not only causing damage to the vehicle again but also loss and injury to a member of the public. In this case, the brakes have failed due to your negligence when rebuilding the vehicle.

The vehicle is with you for a service, the apprentice is asked to change the oil, whilst doing so it’s not noticed that he/she has filled the engine with oil and not just to the recommended amount. The result is a destroyed engine costing tens of thousands of pounds.

What happens if it was the part that was defective and not the workmanship?

This of course does happen where the part itself has been fitted correctly but fails due to faulty manufacture.  When this happens it can set off a chain reaction, it’s been confirmed it was not the fitting, but the part, where did the part originate, the motor factor, the importer, the manufacturer, wherever you obtained the part from will usually be the first port of call for the insurer where possible to pass on any blame to them.

Should you have defective workmanship insurance?

Without a doubt, yes, but of course, it’s not compulsory insurance but could you afford not to be without the cover?

Traders insurance can be complex, there are many insurance policies available but which is the one best suited to your business? You need to speak with a specialist motor trade broker who fully understands the complexities of the covers needed and the policies available. 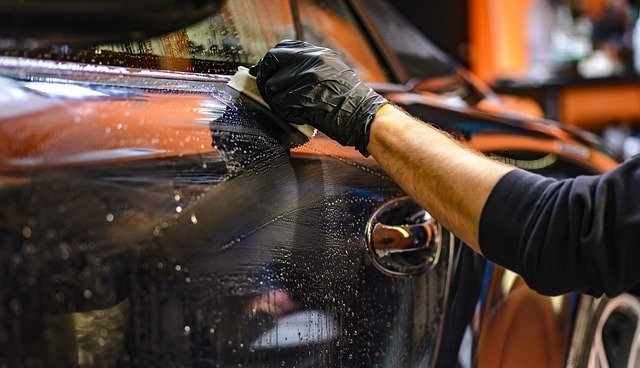 At Real Insurance group, insurance for motor traders is one of our specialist areas, we deal with hundreds of garages and body shops throughout the UK, we are a broker and not a call centre so you can be certain that the person you are dealing with understands your business.